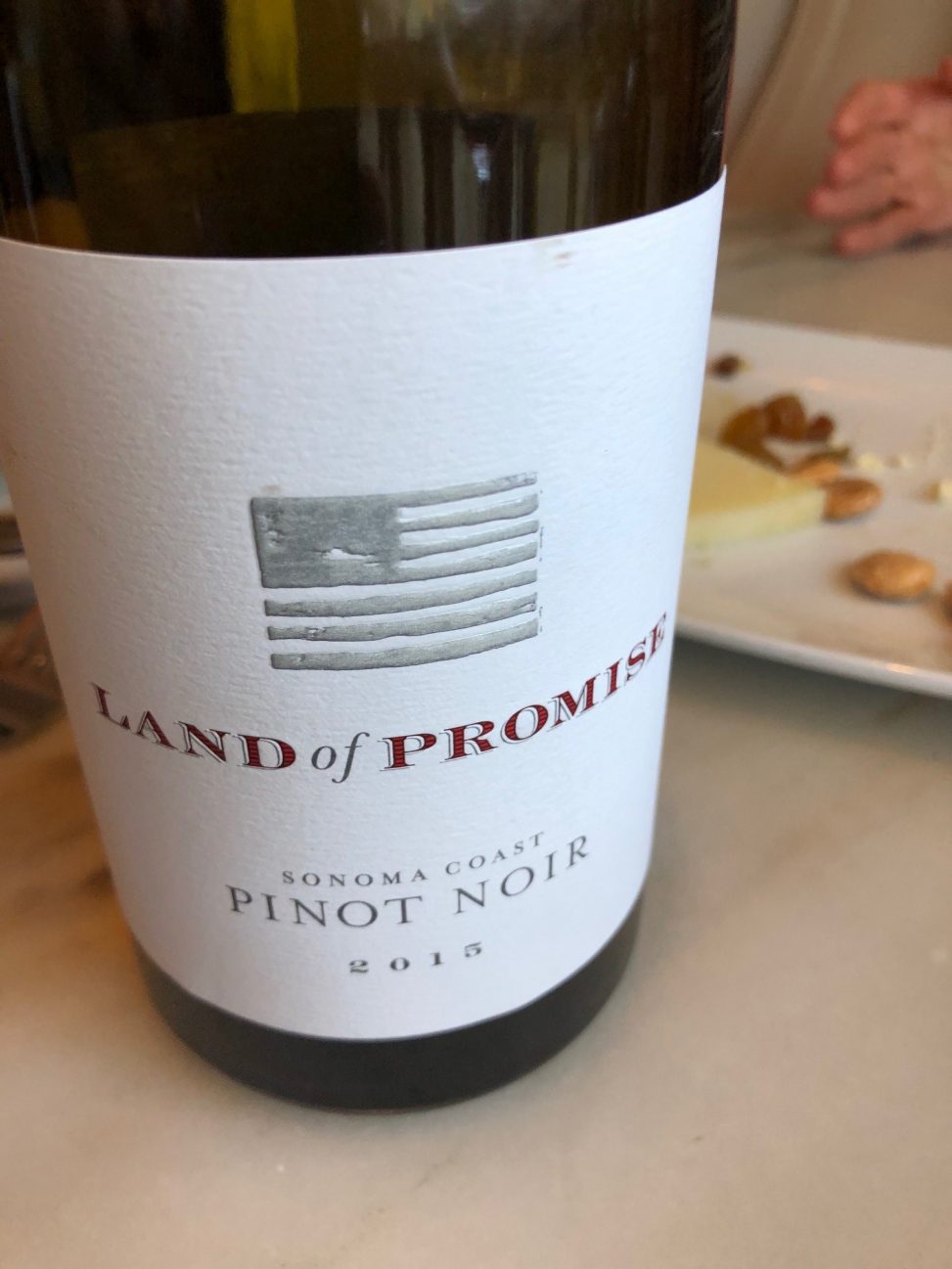 Say you have a birthday or a big anniversary coming up. Or you closed that big deal at work…or just because you are worth it! Some days you just want to have an amazing glass of wine. After a long day this week, I had one of those amazing glasses of wine: the 2015 Land of Promise Pinot Noir from Sonoma Coast, California. Even better, I got to share a glass of this remarkable Pinot with its proprietor and winemaker, Diana Karren.

Let’s face it: some days are just better than others! This rich, nuanced Pinot from world-class Terra de Promissio vineyard near Petaluma, California has only been labeled under its own name since the 2013 vintage, and is really better known for being the sole source or backbone to highly decorated wines such as the 2017 Williams Selyem Terra de Promissio Pinot Noir (recently awarded a stupendous 98 rating by Wine Enthusiast), the 2016 Friedeman Terra de Promissio Pinot Noir (a 93 rating by Wine Enthusiast), the Spell Estate Terra de Promissio Vineyard Pinot Noir (a 94 rating from Corkscrew Report) and several vintages of the renowned Kosta Browne Sonoma Coast Pinot Noir, including the 2009 vintage which was named Wine Spectator’s Wine of the Year for 2011. However, the Land of Promise label has already garnered a strong 93 rating from Wine Enthusiast for its 2014 Land of Promise Pinot Noir. Even more impressive, this 2015 Land of Promise Pinot was awarded both a 2019 Gold Medal and a 2019 Judge’s Selection by the prestigious TexSom International Wine Awards.  If you are lucky enough to find a bottle, the 2015 Land of Promise Pinot retails for $75. If you are not, the 2016 vintage should be equally impressive. Find out more for yourself by checking out the website: www.landofpromisewine.com. Cheers!

Chapter 51: FIVE GREAT REASONS TO LOVE WINE: SOME OF MY FAVORITE THINGS SO FAR IN 2019