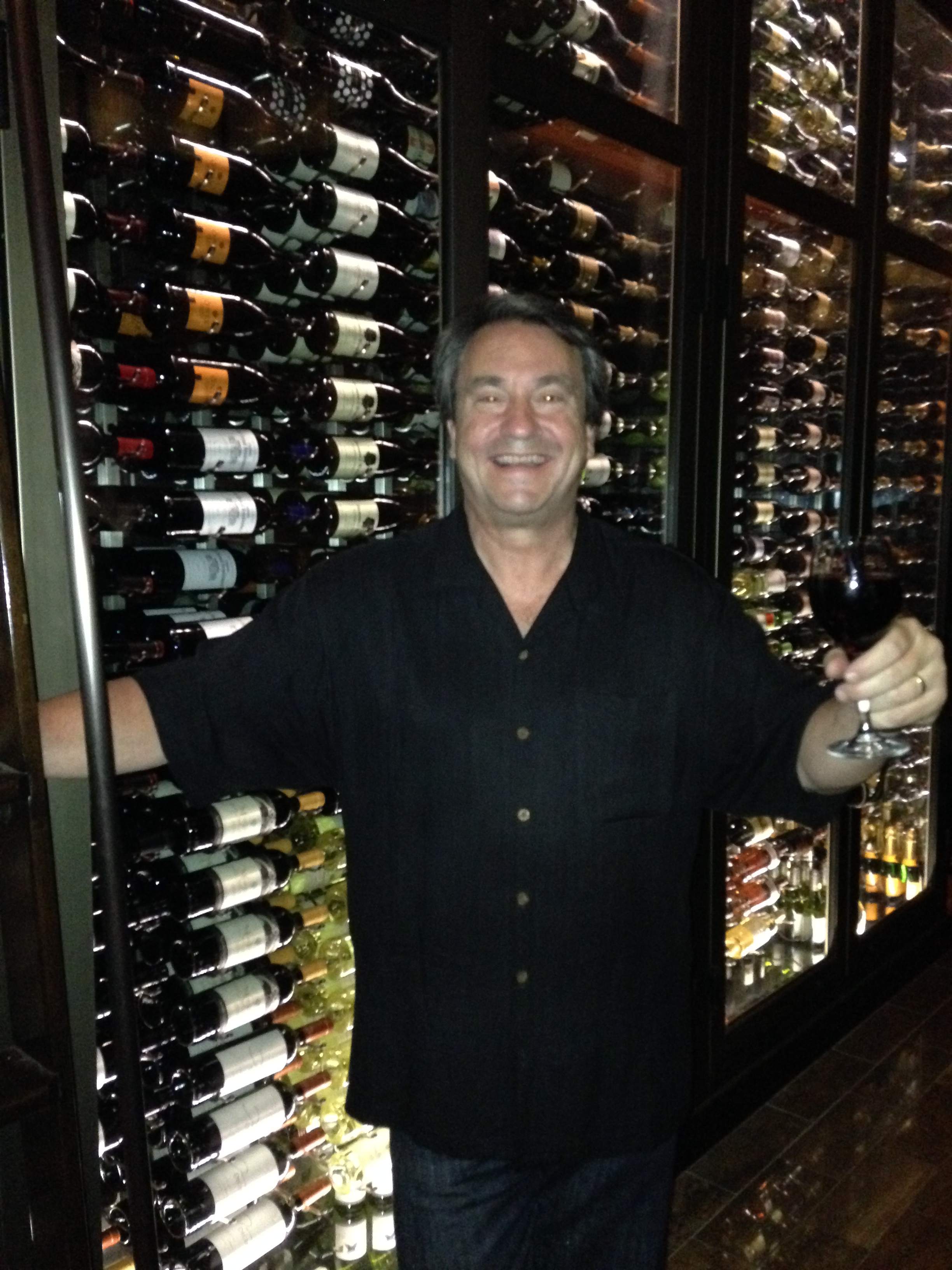 CHAPTER 27: CAB SEASON IS UPON US!

Greetings and salutations!  Fall season is upon us in Texas.   College football battles, crisp mornings, State Fair corny dogs, lawns turning the shade of corn tortillas and leaves transforming to golden and bright orange colors.  What an ideal time to focus upon great bargain Big Reds!   Accordingly, this month’s Chapter will focus on a handful of Splurge Wine values in Cabernet Sauvignon for your enjoyment.   Remember, a true bargain wine is not necessarily a wine of $15 or so, but rather a wine that outperforms its price point and thus gives the consumer worthy bang for his or her buck!   The list below fits into our concept of Splurge Wines that manage to outperform their class.

As has been previously addressed in this blog, there is no better way to introduce your ownself (as we say in in these parts) to new great wines than to attend a tasting.  Your humble Wine Bargain Sleuth was lucky enough to have recently attended such an event hosted by Sigel’s, a venerable local distributor.  The attendees of the Cabernet tasting event had the opportunity to sample and compare fifty solid examples of the varietal on a side by side basis.  At the tasting event, Cabernets were presented that ranged from suggested retails of $24 (for a Lake County offering from Steele) up to a princely $175 (for a 2005 vintage Santa Cruz appellation from Kathryn Kennedy) and $225 (for a 2010 version of the Phelps Insignia), with the majority falling in the $45-90 range.   Sigel’s provided excellent background information on the wines and forms to record tasting notes, and even provided some professional reviews for perspective.

My wine buddy Scott and I arrived at the tasting promptly at the appointed start time and dutifully worked our way through the numerous tables, deciding in advance for about 10 wines that we definitely wanted to try.  We then agreed to just go with the flow and possibly surprise ourselves for the rest of the offerings.  So many great Cabs, so little time!  Tough work, but someone had to do it!

To benchmark and calibrate my taste buds, I tried a familiar wine first: the 2011 Hall Napa Valley Cabernet Sauvignon.  Your humble Sleuth is beginning to wonder with some merit whether the Hall winemaking team is capable of making anything other than excellent Big Reds?  The 2011 Hall Napa Valley offering is a balanced, nuanced Cab, with lots of blue fruit in the mid-palate, very fine tannins and a gorgeous, lingering finish.  Although 2011 is definitely not considered a classic Napa vintage in general, it would be difficult to make that judgment from this Hall offering.   Wine Spectator agreed, laying an impressive 92 rating on the 2011 Hall Napa Valley.  The Hall retails for $45, but can be had for closer to $40 with a little shopping—this one is available in wide distribution despite its remarkable quality. Now THAT was the way to get my tasting off to a good start!

The next stop we made was a winery that my buddy was familiar with:   Happy Canyon, which poured its 2008 Ten Goal Cabernet.  The proprietor explained that the name was a reference to polo, meaning the highest rating attainable.   I enjoyed the 90% Cab blend from the Santa Barbara region, finding it quite balanced with hints of chocolate, raspberry and blackberry.    The 2008 Happy Canyon Ten Goal Cabernet retails for $59.00 and is available at the winery.

If I were forced to choose the best wine at the tasting with a gun fixed on my right temple, I would most likely opine that the 2010 Phelps Insignia blend would take the tape.  In a nutshell, the Insignia was everything a great Napa Cab blend should be: bold, balanced powerful, ample but not overwhelming blue and red fruits, appropriately earthy without licking the ground and a finish that lingered for minutes.  In a word, WOW!   Of course, since this wine was up to 9 times the retail of some of the other wines tasted, a wine sleuth could easily make the argument that it should be pretty good at $225 per bottle, or if you prefer, $37 per glass.  Since we wine sleuths prefer to find value rather than burn dead presidents needlessly, we will proceed to the great value Cabs that we found!

One of the best wines I tasted, irrespective of price, was the 2011 Ridge Santa Cruz Estate.  Medium bodied yet still satisfying, the 2011 Ridge didn’t have a rough edge on it despite its relative youth.   A great nose of blueberries and cocoa was followed by balanced fruit and spite, microfine tannins and a laudable finish.    Best of all, this beauty retails for $51.    Thought of within the industry to the “little brother” wine to Ridge’s prestigious Monte Bello blend wine, the 2011 Santa Cruz certainly didn’t drink like a second label.   My impressions were seconded by Wine & Spirits magazine, which awarded an impressive 91 to this great wine.

CADE was also well-represented with its gorgeous 2010 Howell Mountain Cabernet.   A 91+ rating from notoriously hard grader Stephen Tanzer resonates with my own impression.   Powerful, concentrated juice from Howell Mountain hinted at the wine’s aging potential.   Still a bit tight but showing lots of potential in a few years, this is one that a clever wine sleuth should lay down for 2-3 years (or more).   Available for $80, it is a great candidate for your cellar.

Perhaps the sleeper of the group was the 2010 Wolf Napa Estate Cabernet.  My tasting notes of this one simply indicated “excellent, well-balanced”.  While not inexpensive at its suggested retail of $80, it was certainly a bargain relative to the Phelps Insignia and many others at the taste.   And if you don’t believe my impression (or buddy Scott’s), then you might be more persuaded by Robert Parker of the Wine Advocate, who awarded a strong 94 on the 2010 Wolf offering.

Hopefully that will get your mouth salivating at just a few of the great California Big Reds out there looking for your cellar!   But fear not, there are several Value Wines for your consideration.  Without further ado, below are this Chapter’s recommended Value Wines for  your viewing pleasure:

I don’t know of a better value wine at this moment than the remarkable 2012 Columbia Crest Horse Heaven Hills H3 Cabernet Sauvignon.  We have previously recommended some great wines from the Washington state winery, and there’s a better than zero chance that friends might find a Columbia Crest daily drinker in my personal cellar at any given time due to their consistent high quality and true value price.   The 2012 H3 Cabernet Sauvignon is certainly no exception.   Indeed, if anything, the bar has been reset even higher with this vintage.   Wine Spectator just bestowed a whopping 92 rating on this.  This medium to full bodied Cab has hints of plum and red fruits, with follow up tastes of chocolate and a herbal quality.   Very balanced and easy drinking, this is a Cab you can serve either with a juicy T-Bone steak or by itself with cheeses and nuts for cocktail hour.   And the best part?   This bad boy set your wallet back only $15.  If you shop carefully, probably $12 is more like it.  What is keeping you from buying a case or two?   This great wine is widely available.  House wine alert!

While we are highlighting Big Reds this month, here’s a great value in a Pinot Noir that should please the Pinot fans.  The 2012 Kim Crawford South Island Pinot Noir makes a strong case for the blooming Pinot growers in New Zealand.  Better known for its terrific Sauvignon Blancs, Kim Crawford’s 2012 South Island Pinot Noir serves notice that it intends to be a player in the Pinot game.  This wine has a nose of cherries, cola and spice, and the mid-palate adds a bit of strawberry and earthiness.   It is medium bodied and smooth drinking.   Apparently Wine Spectator was favorably impressed as well, and awarded a solid 89 rating to the Kiwi Pinot Noir.  This is a widely available wine that can be had for several dollars less than its $19 suggested retail.  If you haven’t had the opportunity to sample an excellent New Zealand Pinot, this is a great chance to do so!

If you are a fan of the Spanish Tempranillo wines like your humble Wine Bargain Sleuth, here is a simply unbeatable deal:  the 2011 Mano A Mano Tempranillo from Vino de la Tierra de Castilla.  This lovely Spaniard Crianza retails for the absurd price of $9 per bottle, literally the typical price of some very pedestrian starter wines.   Wine Enthusiast raves about this 2011 Mano A Mano, remarking “It’s almost absurd how good this $9 Tempranillo is.”  Wine Enthusiast also awarded the wine a stellar 90 rating and named it Number 5 on its Top 100 Value Wines list last month.   The wine has a flavor profile of black fruits with a hint of licorice on the nose, followed by plump black cherry and a pepper finish.   It harmonizes beautifully for a complexity rarely seen at this price point.  If you have managed to resist the temptation to taste a great Spanish wine, the $9 price point has now removed any real barrier to doing so.  Don’t miss this one, wine sleuths!

Age appears to be best in four things; old wood best to burn, old wine to drink, old friends to trust, and old authors to read.

We are all mortal until the first kiss and the second glass of wine.

Life is too short, and I’m Italian. I’d much rather eat pasta and drink wine than be a size 0.

Until next month– Cheers!