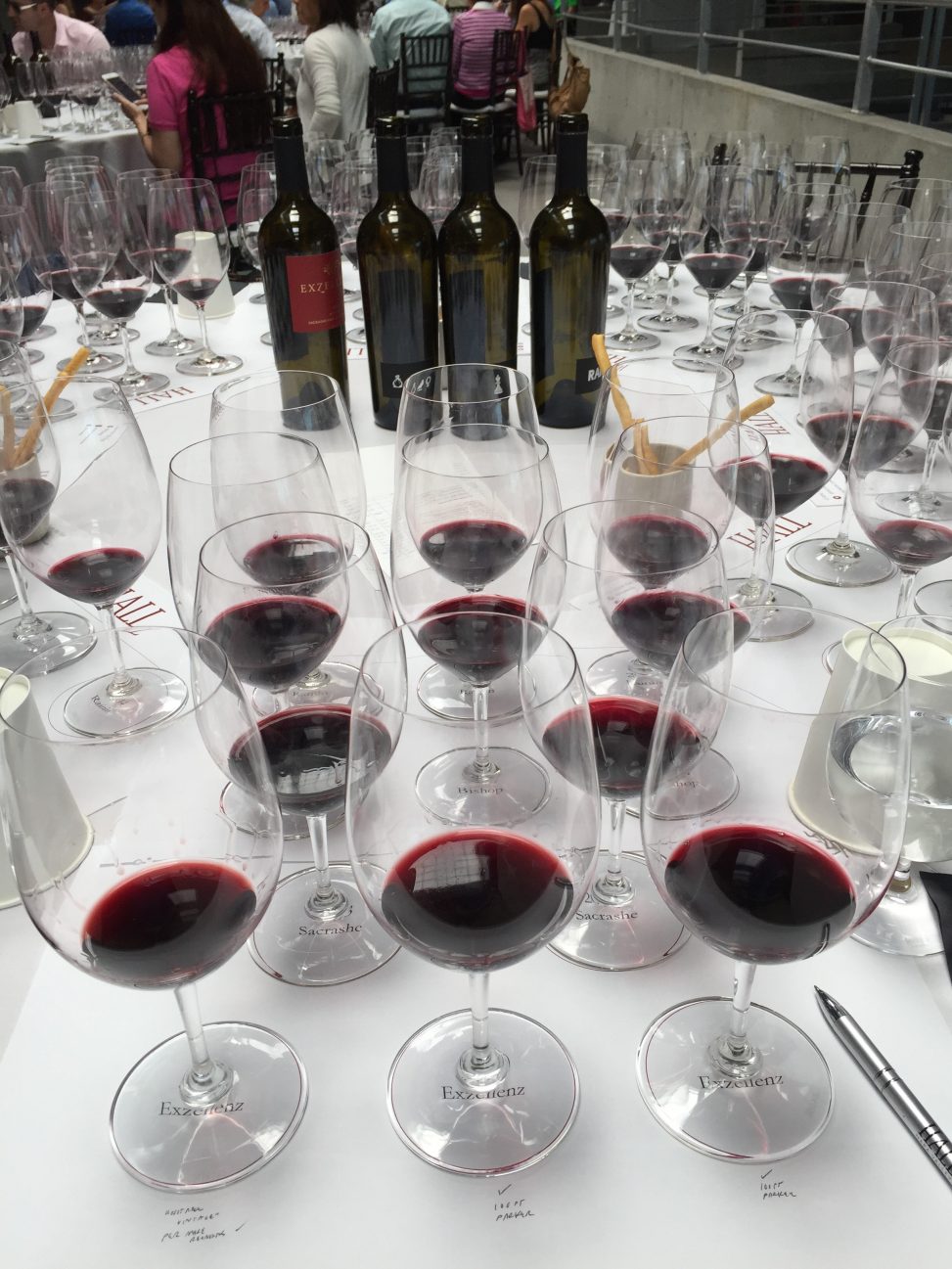 Greetings and Salutations!  Happy Memorial Day to all of us who live in this great country of ours, and let us all take a moment to reflect on those family and friends who have sacrificed so that we may enjoy all the liberties and freedom given to Americans.  This installment of The Wine Bargain Sleuth will break form a bit to focus on an event that showcased some remarkable Worth a Splurge Big Reds.  No need to worry–the next installment will be coming soon to focus on some terrific Value Wines just in time for the summer grilling and sipping by the pool season!

Sometimes your humble Wine Bargain Sleuth is just plain fortunate to be invited to amazing wine events.  That was definitely the case with last weekend’s by-invitation tasting at Hall’s beautiful St. Helena winery in Napa Valley, for which my lovely spouse and I were somehow included.  I have found that many times in life it’s better to graciously accept rather than question why, just in case one’s invitation was delivered by mistake!

Regardless, at the appointed hour (well, give or take half an hour due to a weather delayed flight and heavy San Francisco traffic due to the Bay to Breakers run on Sunday morning!) our beaming duo arrived at Hall to be greeted by the lovely and gracious Diem Doonan, the Hall Director of Membership, who took us to our table to enjoy the four-flight vertical tasting of the finest Hall offerings.  Which were mighty fine, for those scoring at home.

As the Hall devotees and guests sampled the singular wines, Hall President Mike Reynolds compared and contrasted the wines, both by source and by vintage, suggesting some hints and particular characteristics of each wine.  As the former Hall winemaker prior to current winemaker Steve Leveque, when Mike spoke, people listened!  After patiently describing each wine, Mike reminded that despite the generous pours provided by his team, the goal was not to quaff the contents of each Riedel stem, but to have the luxury of sipping and comparing the various wines and vintages without a time crunch.  After all, the tasting did begin at 11am!

All that was list to decide my favorites of these world class Big Reds, as well as the favorites of my significant other!  The drumroll, please:  my vote for best wine of the tasting ended up in a tie between the 2010 Hall Exzellenz and the 2013 Hall Rainin, with the 2014 Hall Sacrache a close third despite its relative youth.  The 2013 Hall Bishop and an outlier served with our tasty catered lunch that followed, the 2014 Hall Diamond Mountain Cabernet Sauvignon, rounded out my personal Top 5 of this remarkable event.  The two personal favorites noted above were so remarkable that your humble Wine Bargain Sleuth had no option but to finish both pours despite Mr. Reynolds’ cautionary warning and my bride’s questioning glances!  Mom didn’t raise a fool, after all.

A singular tasting like this event has a way of feeling a bit like being asked to select your favorite child–individually sampled, I can’t honestly tell you that any of these wines wouldn’t have been the critical favorite of any event or dinner with highly selective critics, but in this case, beggars could in fact be choosers, so those 5 listed above were my clear winners.

Cheers to Steve Leveque and his entire winemaking team at Hall!  Considering that Hall is still considered a relative newcomer when the best wineries in Napa Valley are discussed, it is painfully obvious that Katherine and Craig Hall have already made quite a splash and have announced that they are here to play with the legends of Napa Valley with their Big Red prowess.

Until next time, be healthy and well!

Chapter 43: A TASTE OF HOWELL MOUNTAIN