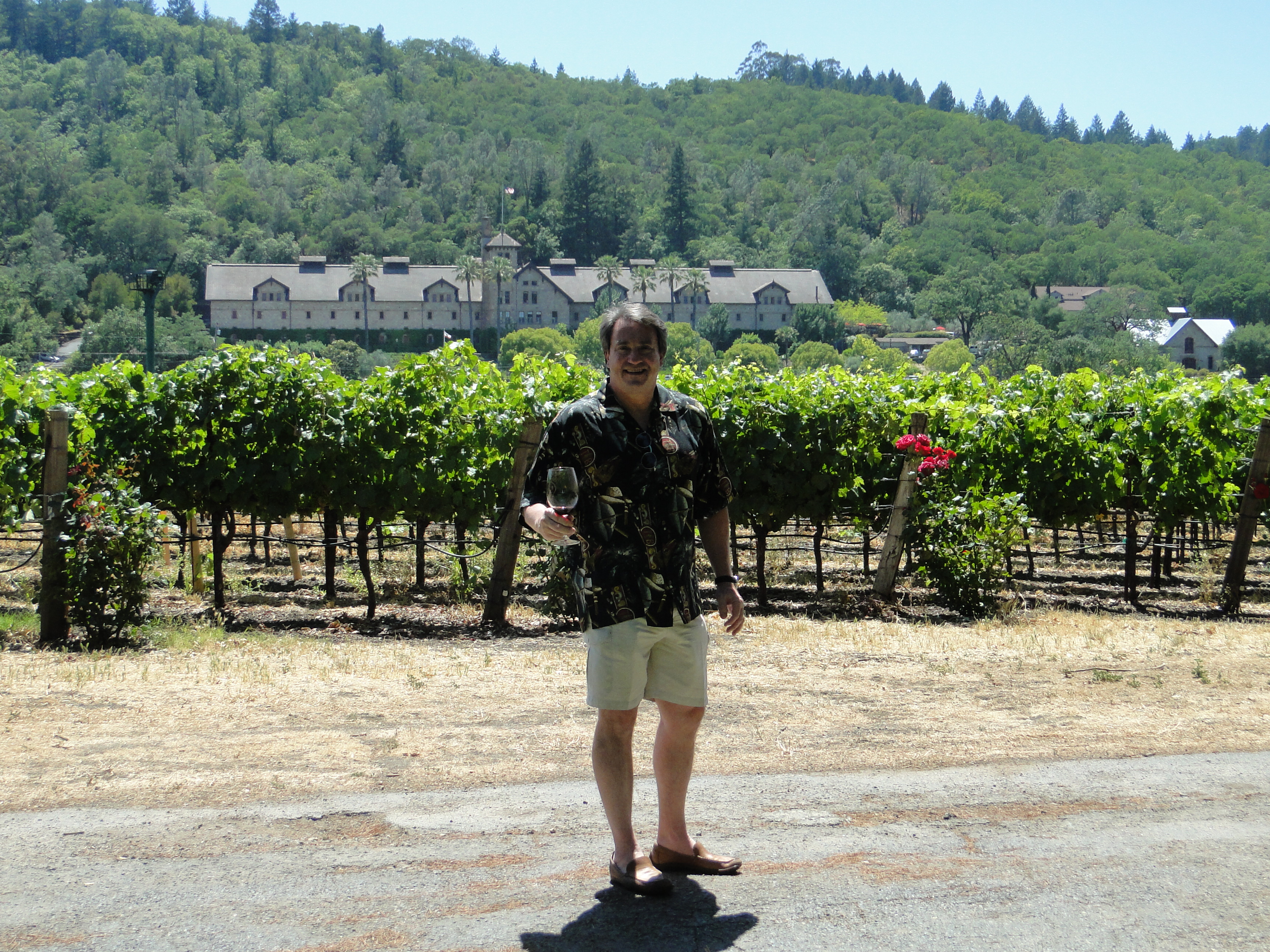 Chapter 43: A TASTE OF HOWELL MOUNTAIN

Greetings and Salutations!  Sometimes your humble Wine Bargain Sleuth is a slow learner, but I have learned that without a doubt my favorite wine festival is held annually in June at the classic Charles Krug Winery in St. Helena, California:  The Taste of Howell Mountain.  As luck would have it, I was able to string together a weekend getaway to this terrific event presented by the Howell Mountain Vintners and Growers Association.  And yes I did have a large time, thank you for asking!

The Taste of Howell Mountain festival featured a grand total of 44 Howell Mountain vintners, who arranged their respective tasting booths in a large horseshoe, most clever enough to take advantage of shade from the magnificent Krug oak trees that provided a bit of relief from the unseasonably warm weather in Napa Valley.  Savvy attendees quickly sought strategically placed shaded tables to  prepare for the 3 hour tasting.  My lovely bride quickly secured one of those tables, as it wasn’t her first rodeo, either! Ambiance was provided by a local rock and blues band, and plenty of bottled water and tasty bites helped the enthusiastic crowd keep hydrated and fed while the tasting festivities were rolling.

Once situated, it was time to man up and start the tasting, carefully plotting past favorites and intriguing newcomers to visit with my Riedel crystal tasting stem.  Truthfully, it was impossible to taste all that I wanted to sample from the terrific vintners.   But someone had to do it, so off I went, after finishing the trademark Charles Krug Sauvignon Blanc (2015) to stimulate one’s palate and open the event!

All of the wines presented at the Taste of Howell Mountain festival would comfortably fit into the Worth A Splurge category, owing primarily to the simple math of the cost of Howell Mountain grapes (see a more thorough discussion on point in Chapter 41).   However, based upon the quality of their juice and the intense competition provided by 44 high quality vintners, the top six wines could all still be considered a value.

After retasting each of the six wines before the end of the three-hour tasting portion of the event, two of the remarkable Howell Mountain Cabs stood out:  the Cade Reserve Cabernet 2014 and the Howell at the Moon the Knoll Cabernet 2012, the former for its utter refinement and extraction, with its remarkable, lengthy finish (a Wine Advocate 95 rating to boot), and the latter for its classic mountain fruit power and  layers that dance in your mouth (again, an enviable Wine Advocate 93 rating to its credit).  Congratulations to the wine teams and winemakers for each wine. While both wines are impressive now, the nature of Howell Mountain Cabs will dictate that each can only improve with 5 to 10 years of proper cellaring.

If you have the opportunity, I highly recommend a trip to St. Helena in June to see for yourself how amazing this festival truly is.   Until next time, Cheers!