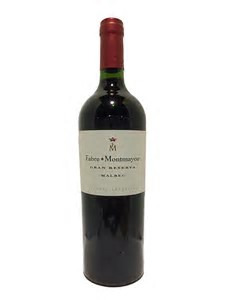 The Fabre Montmayou Malbec Gran Reserva Mendoza 2013 is just coming into its own, but is definitely drinkable with perhaps 15-30 minutes of breathing to allow it to open up. Clever wine sleuths know that wines that are released from the Southern Hemisphere are actually a growing season ahead, making a 2013 release from, for example, Argentina the functional equivalent of a 2012 release from the USA. The initial flavor profile of this Fabre Montmayou Gran Reserva is of fresh dark fruit, pepper and spice, with a lovely earthiness on the mid-palate, followed by a lengthy finish of chocolate and licorice hints. While the Fabre Montmayou Malbec Gran Reserva 2013 would be an amazing pairing with a charcoal-grilled ribeye steak, it was also silky and elegant enough to be served, as it was to our birthday party, with chocolate truffles and apple pie.