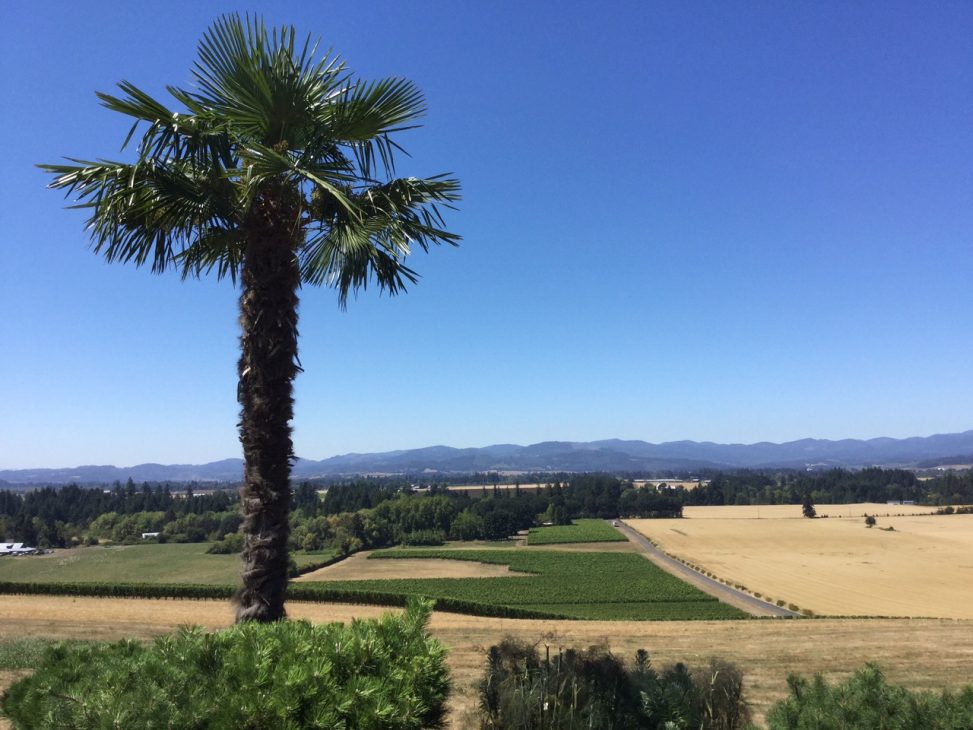 Chapter 44: A VISIT WITH A WASHINGTON WINEMAKER

Greetings and Salutations!  Labor Day Weekend is nigh upon us.  The kids are back in school, the sweltering summer heat is subsiding, and football season kicked off!   Ah, fall glorious fall.  With the cooler weather hinted at in most parts of the US, the Big Reds that have been somewhat on the back burners of you wine sleuths come back to mind.

Those who are kind enough to follow The Wine Bargain Sleuth are aware that I am a fan of Washington wines in general and Washington Cabs, Bordeaux Blends and Merlots in particular (for reference, see http://www.thewinebargainsleuth.com/columbia-crest-grand-estates-cabernet-sauvignon-2013/).  In terms of high quality and low price points, the very crux of value wines, I am of the view that there are very few competitors to Washington wine offerings at prices that casual wine fans and wine sleuths on a budget can equally enjoy.

Our merry group of tasters was treated by the nice folks at Columbia Crest and our gracious hosts at Buon Vino to a refreshing glass of the Columbia Crest H3 Chardonnay 2014 (worthy of your immediate consideration to add to your cellar for its crisp, refreshing taste combine with its modest suggested retail price of $15) to whet our palates, along with a vertical of three vintages each of the Cabernet Sauvignon Reserve and the Walter Clore Private Reserve. Focusing on the Big Reds, we tasted the 2002, 2007 and 2012 Cab Reserves side by side, followed by the 2003, 2007 and 2012 Walter Clores.  For the Calif-centric Big Red fans, each of the vintages of each Columbia Crest were rated 90 points or above by the likes of Wine Spectator, Wine Advocate or Wine & Spirits, so none of them was a slouch.   On the other hand since this is my humble blog, I get to tell you which were the best!   I love my job!

Since it would be unfair to drag out the results, the class winners of our tasting were the Columbia Crest Cabernet Sauvignon Reserve 2007 and the Walter Clore Private Reserve Red 2003.   Both of which came home with me, along with a bottle of the Columbia Crest Walter Clore Private Reserve Red 2012, which is already showing well.  Make no mistake, unlike the Columbia Crest H3 or Grand Estates offerings, their Big Red Reserves require aging to enjoy them to perfection in the same way as a fine Napa Cab or a fine Right Bank Bordeaux, and accordingly some patience is required to enjoy these wines at their finest.

The 2007 Cab Reserve was previously awarded an impressive 92 rating by Wine Spectator,  which remarked “Firm in texture, a bit chewy with tannins but glowing at the core with currant, dried blueberry and smoke aromas and flavors that linger nicely.”  The aggressive tannins described above have waned and mellowed ten years later, but the elegant blueberry and savory smoke qualities remained, as did the lingering finish.  I can’t wait to compare and contrast it with the above-referenced 2005  Cab Reserve, a bottle of which I managed to stash 8 years ago (even Wine Bargain Sleuths get lucky sometimes!).

As delicious as was the 2007 Cab Reserve, the clear Best in Show this night for my money was the brilliant Walter Clore 2003, which represented its stout 93 Wine Advocate rating.  Robert Parker described the wine as follows:  “A classy nose of smoky oak, vanilla, lead pencil, plum, black currant, and blackberry leads to a rich, still youthful wine with loads of extract, thick fruit, superb integration of oak, tannin and acidity, and a very long finish.”  14 years after the grapes were crushed, you have a glass of liquid elegance, with hints of vanilla and still-fresh blueberry along with the layered smoky quality.  I have no doubt that this Washington beauty will win more than its share of blind tastings with better-known Napa Big Reds.  And the 2012 Walter Clore Red can be had for under $35 with careful shopping; likewise, the 2012 Cab Reserve can be had for $48 or less.  On the possibility that you haven’t shopped for Napa Cabs or Bordeaux Blends recently, these are true values,  However, in our structure, they are also absolutely Worth a Splurge Wines!

And now, without further ado, here are this month’s recommend Value Wines:

As noted above, the Columbia Crest H3 Chardonnay 2014 was an excellent and refreshing way to begin the Columbia Crest Big Red tasting, and it would certainly be a great way to do likewise for your own Big Red tasting.  For that matter, it’s a great White to serve your guests anytime, with high quality fermented in while treating your wallet with kid gloves!  Although the suggested retail for this Columbia Crest Chard is $15, it is available for $3 less with a minor amount of sleuthing that you are accustomed to doing!   Impressively rated with an 89 by Wine Spectator, this Washington Chard has a delectable blend of apple, pear and just a hint of honey without heavy oaking.  A great cocktail hour Chardonnay or a really delicious pairing with salmon finished with citrus or chicken with lemon pepper sauce.  At this price, why would you not grab a bottle or three?

While much of this month’s Chapter focus its praises on wines from Washington, neighboring Oregon’s offerings remain vital as well.  In this regard, this month’s Value Wine No. 2 is the Acrobat Pinot Gris 2016 from Oregon.  Like the Columbia Crest Chard 2014,  the Acrobat Pinot Gris is a terrific go-to White, excellent for a cocktail-hour wine or a terrific pairing with shellfish or lighter fish such as orange roughy.  In naming the Acrobat White as a “Best Buy” and laying a highly respectable 90 rating on it, Wine Enthusiast magazine stated: “This wine knocks the flavors out of the park again this vintage, with spicy grapefruit and pine needle notes leading the charge… this is a must-have, everyday, goes-with-anything white.”  It’s hard to add much to that type of raving praise.  This wine’s featured crisp, bright citrus such as lime and grapefruit provide terrific acidity, yet with remarkable balance for its $14 suggested retail.  If you are Sav Blanc fan, this is wine is a great alternative at a very fair price.

THOUGHT FOR THE DAY:

As the late, great Stevie Ray Vaughn once so memorably sang, “Well there’s floodin’ down in Texas….” Those of us who live in this great state have been infinitely affected and humbled by the furious landfall and brutal aftermath of Hurricane Harvey, with as much as 40 inches of rain being dumped on the Texas coast and the Houston area in the past week. Please keep all the positive thoughts and prayers you sleuths can muster for the good people of all races, genders and social strata that have been so profoundly impacted to date and their challenges and burdens to come that will take years, not weeks, to heal.  In a time of such vitriolic political discourse, or more accurately verbal bomb throwing, in our country, the willingness of Texans and other great Americans to pitch in, offer their time, money and love to their neighbors without any expectation of reciprocity has been refreshing if not heartwarming to watch. Don’t forget, each of you can help these folks, many of which have lost loved ones and all their possessions, by contributing generously to reputable non-profit organizations such as the American Red Cross and the Salvation Army, as well as Houston-based charities.

Until next time, Cheers!